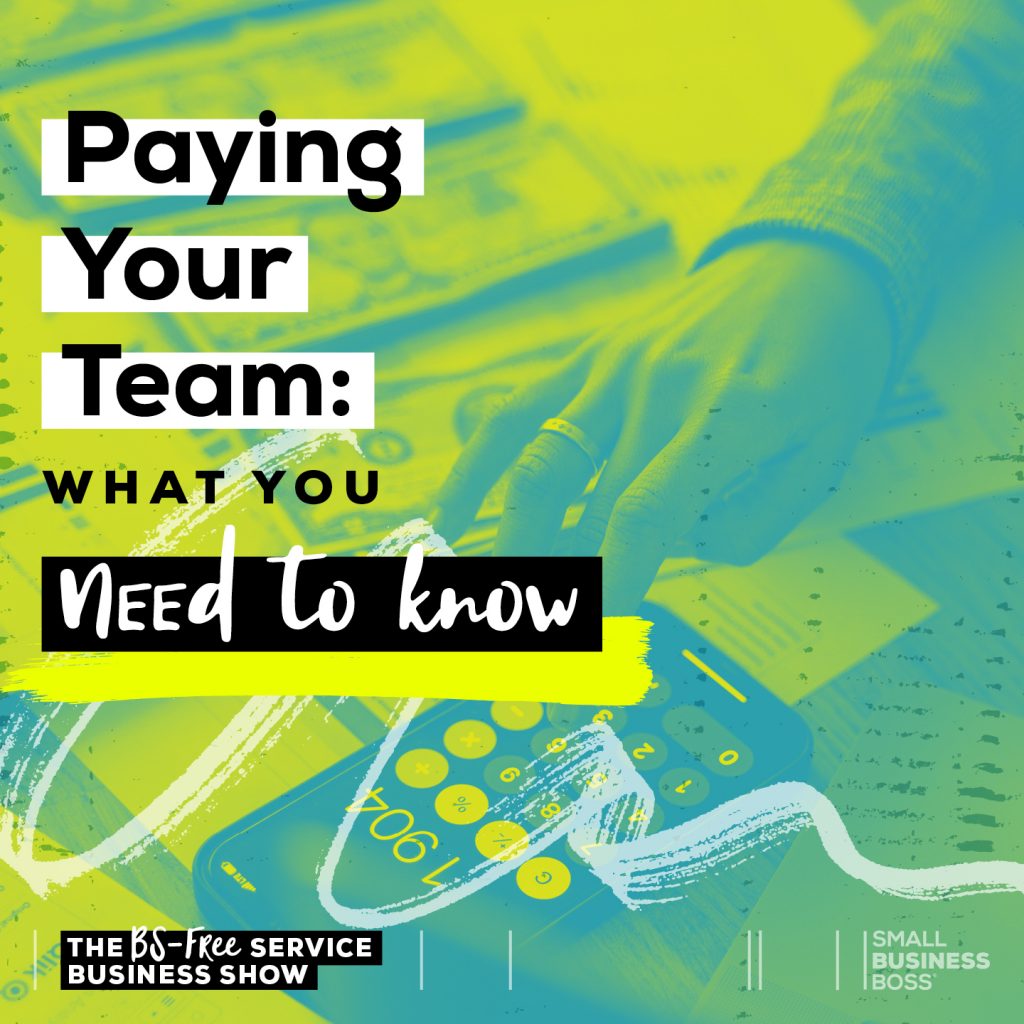 Paying Your Team: What You Need to Know

This is an updated version of a post originally published on July 23, 2020.

I often get asked how much people should be paying their team. And while that answer varies by the role, my answer is always that you should be paying your team in a way that’s ethical and fair.

Especially if you own an online business. Especially one that claims to be inclusive. In this episode, we’re diving into what you need to know about paying your team.

Within the online business world, there’s a culture of “cheap” where the goal is to hire the best resource at the lowest possible price. And frankly, it’s pretty disgusting, not to mention exploitative.

Yes, I know, this is an issue in many other industries, but I’m going to stick to what I know. And that’s the culture that’s been built in the online business world around hiring and compensation.

WHY THIS MATTERS TO YOUR BUSINESS

Things have changed dramatically, and we all need to do better.

As a business, you can’t be publicly saying you’re building an inclusive, anti-racist company and then privately underpaying your team. Part of the work of dismantling white supremacy, patriarchy, and social justice work in general, involves your business doing the work across the board.

Plus, if the mission of your business is about “empowering” people, you better make sure that includes your team and how you compensate them.

Creating a team where you’re taking advantage of your contractors or employees is wrong. I don’t care what your reasons are, but it’s unethical. Full stop.

Yet, I watch million dollar business owners teaching people to pay $15 a hour or bragging about how they hire “cheap” overseas VAs.

Before we dive in, I’m not going to say I have this all figured out. I’m a work in progress, but I am very committed to making big strides in how I pay and compensate my team. In the last year, we standardized rates for contractors, raised full-time salaries and more.

Yes, I started a business to make money, but that’s not the sole purpose. Making and hoarding wealth isn’t the point. Instead, I want to be of service to my clients, my team, and the broader community, and one way I can do that is through sharing the money we make.

LET’S TALK ABOUT THE LIVING WAGE

A good starting point for figuring out what you should (at the absolute minimum) be paying your team is the living wage.

A living wage is typically defined as a wage where a household is making enough to meet their basic needs. And when I say basic, I mean basic.

The living wage calculation doesn’t include debt repayment, retirement savings, homeownership, savings, or anything beyond a small cushion.

The living wage is a minimum.

LIVING WAGE BY THE NUMBERS

That $18.42 is a jumping-off point for figuring out what I want to pay. If I’m hiring, I want to be contributing positively to someone’s income, and not just helping them scrape by.

The question then is if $18.42/hour is for the basics, what do they need for the rest? I’d argue to cover the rest, they likely need to be paid $25 or more per hour, at a minimum.

A rate of $25/hour extrapolates into an annual salary of $52,000 per year, which for an entry to mid-level position is a solid start. As a full-time salary, that individual would get paid vacation and other perks of working for my company.

Now, if they were a contractor, I’d want to see that $25 an hour be even higher as they’re not getting those perks, are covering their own taxes, and so forth. I’d want to see them charging me an absolute minimum of $50 an hour, and depending on what they’re doing, even more than that.

HOW TO FIGURE OUT A LIVING WAGE

The living wage provides you with an idea of not only a starting wage, but that wage in the context of the cost of living in a specific area.

The difference is the cost of living. Rent in Toronto is 42.54% higher than in Ottawa, and groceries are 7.63% higher.

As a reference, the minimum wage in NY state is $11.10 per hour. So if you’re located in NYC and want to pay someone $15 bucks an hour, that’s better than the minimum wage, but it’s still not a living wage.

Pretty staggering when you take into account that a living wage is for the basics. While on paper, you can look at your compensation compared to the minimum wage and think you’re doing okay, but then if you look at the actual data of what it costs to live, it’s sobering.

This data underscores exactly how so many North Americans are left struggling year after year. If you’re continuously underpaid and bringing in less than basic living expenses, it’s far too easy to be trapped in that cycle. Forget savings, they’re being paid in a way that means the basics aren’t even covered.

As business owners, we have an opportunity and an obligation to help people do better. You want your employees and contractors to do more than survive, you want them to be able to thrive. And means they need MORE than a living wage.

And if you’re actively committed to dismantling systems of oppression in your business, this is a simple, tangible way for you to make an impact.

Use this data to do your homework:

If you need even further data, research salary data for the types of roles you want to hire. Base your compensation decisions on actual data, not the recommendations of shady coaches whose goal is only to make and hoard wealth.

WHAT IF I CAN’T AFFORD TO PAY MORE?

For some of you, looking at these numbers may not feel that great. You may examine your current team costs and revenue and feel like there’s no way to pay more money.

The fact is, if you can’t pay your team appropriately, you need to take a hard look at your pricing. Adjusting your pricing is the way to ensure that your offerings are profitable and that you can compensate everyone appropriately.

Your pricing needs to account for your team costs, as well as profit. Period.

The last thing you want to be doing is squeezing profits out of your business by underpaying your team.

Put people before profits, and know that as a leader, this may require you to sacrifice your own take-home pay or profit distribution as you sort out your pricing. But know this, it’s the right thing and it will be worth it.

BUT THEY DIDN’T ASK FOR THAT MUCH PER HOUR

Listen, I’m not going to tell you how to run your business, but you want people who value themselves working with you. And taking advantage of someone with low expectations because they’re not confident or they’re kind of desperate, just isn’t cool.

Here’s a bold move. If someone is the right fit, but they’re asking for too little, tell them as much. Tell them what they should be charging you. Offer them a higher salary.

Your job as a boss is to make compensation a win-win for everyone. And when you treat people fairly and with respect, you’ll breed loyal contractors and employees.

Do you want to be your contractor’s favorite client? Pay them a rate that shows you value them, their expertise, and their contributions to your business.

Do you want to have employees who love their job and stick around for years to come? Pay them a salary that reflects their role and that you value what they offer to the business.

Finally, if you’re having difficulty finding or retaining high-quality contractors or employees, consider that it may be a compensation issue. When people are chronically underpaid, it doesn’t matter how much they like you or the work they do, they’re likely going to seek out an opportunity where they’re being paid what they’re worth.

WHAT ABOUT HIRING OVERSEAS?

The tactic of hiring offshore VAs or other support team members has long been heralded as the way to keep contractor costs low.

Hiring overseas can be incredibly enticing, especially as there are some extremely talented individuals who do freelance or contract work from locations around the world.

In fact, I’ve worked with a contractor based in the Philippines for the past seven  years. He’s amazing and I rely on him week in, week out to help us produce our podcast.

But the goal of hiring him and continuing to work with him has never been to save money. It’s about having the right person for the job (as he was recommended to me when I needed to fill this role) and we compensate him at the same rate we’d pay someone else for that same role if they were based in North America.

The fact he lives in the Philippines is beside the point.

If you want to hire someone overseas, great, but don’t take advantage of that fact. You can choose to compensate them in the same way you would if they are locally-based.

Frankly, I don’t care who tells you it’s a good idea to hire people at low wages overseas. Any way you slice it, it’s inequitable at best. Many times, we don’t have the full picture of what’s really happening behind the scenes, and exploitation by VA or offshore contracting services is very real.

Finally, if you’re going to say you’re supporting racial justice and BIPOC, and then paying low wages to someone in a developing country is dissonant at best.

THE REAL GOAL OF HIRING

The goal of hiring should never be to get the lowest cost resource possible.

That’s a race to the bottom as far as I’m concerned, and it’s bad for business, this industry, and our communities.

A living wage is, again, a minimum. We should strive to do MORE than the minimum. Use your powers for good to not just build your own wealth, but that of others.

Pull up and pull your team up with you.

That’s what leaders do. And while you’re at it, take a stand for paying people equitably and fairly.

If you’re unwilling to give up anything (namely your profit), you’re not truly committed to anti-racism and dismantling the patriarchy. You’re not really in the business of empowerment, and no inspirational quote or mindset work will convince me otherwise.

What you do behind closed doors in your business matters more now than ever. Instead of telling us about how much money your last launch made or your first-class lifestyle, skip the performance and pay people fairly instead. 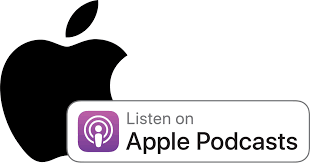 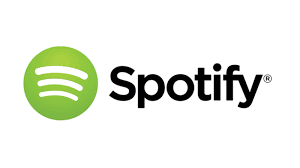